Well I didnt care for the grey nerf gun, so I repainted it.
I actually like this one a bit better even though it appears to be worse in the NIR.  I also painted up a nerf grenade launcher (shoots the big red darts) which accounts for my two favorite action nerf guns.  I much prefer pumping each round than relying on batteries.   I went with a messy concrete'ish top for the grenade launcher and a quasi tech camo with mostly classical earthy colors for the smaller pump action.   However (shoulda done a color sample test in the NIR first) it turns out the base earth color I used for these is pretty darned dark in the NIR.  Oh well I still like them.    And they add nicely to my eclectic nerf arsenal. 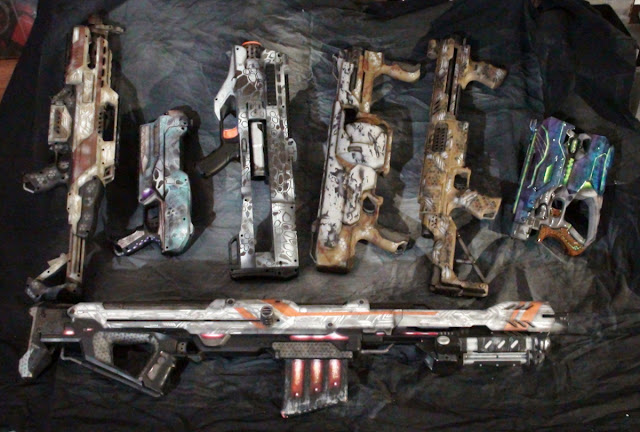