I just finished this 15mm scale Raven assault gunship from ClearHorizon miniatures.  It was a nice smooth little model and so I decided to do a paint job that was part camo, and part subtle sci-fi.   You have to look closely to see the textures on the green, the mottling for the camo.  And even closer to see the composite fibrous material of the darker "carbon fiber" like grey sections. There is an attempt at reflections of the trees on the horizon of the canopy as this ship is flying just above the treeline.    The nose art on the right shows the dragon head and 5 stars for 5 aircraft kills.  Tanks aren't worth noting as they barely stand a chance.   This is 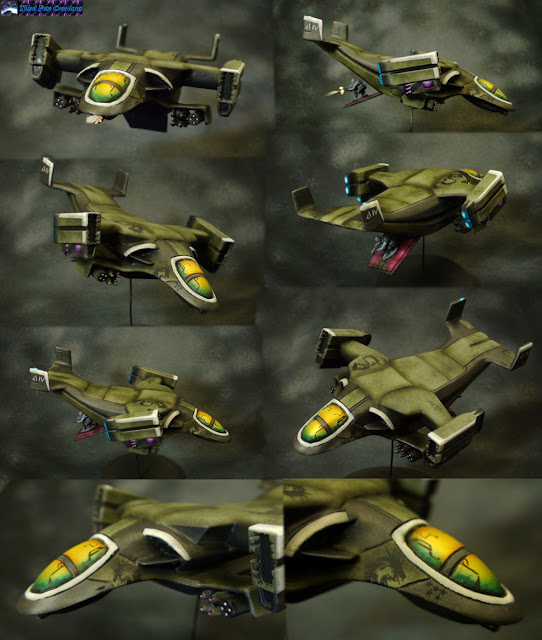 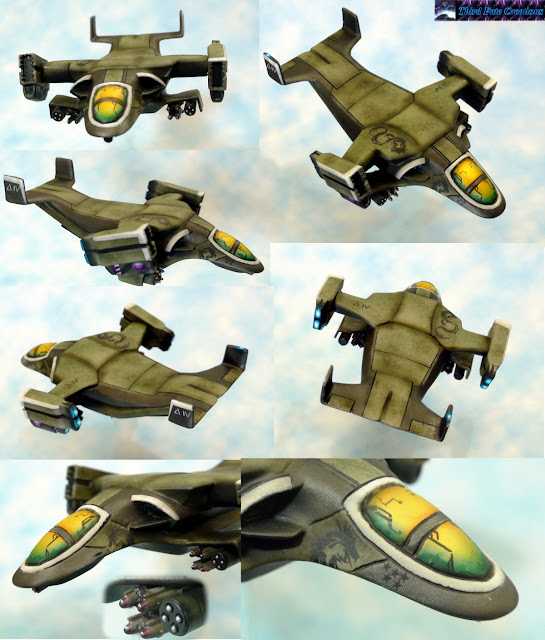 Muzzle flasshes in this one are photoshoped, everything else is genuine.   99% airbrushed.  I didnt both airbrushing the highlights on the hellfire missiles.

And another one for the armory =)
A nerf diatron seemed styled after the covenant weaponry, so the paint job seemed fitting.

Edit: can anyone tell me why google/blogger adjusts the saturation of random pictures?  Some I can upload directly and others I have to send to photobucket so it wont adjust the saturation and make the image absurdly bright and washed out...

Pierre at http://15mmspaceopera.blogspot.fr/ sent me a couple stealth suits to try out.  I was tempted to paint them with the cliche half stealth half suit paintjob.  But the more I painted these guys the more I liked their sleek suits so I kept them looking high tech.  They are on a couple of my bases as these seemed appropriate and simple.

Sniping with a bit of style.


I nearly always go for the sniper rifle if I cant use tech, biotics, or some other indirect means of taking out enemies so when I saw this rifle.....
A Mass effect/District 9/sci fi inspired Nerf Centurion sniper rifle.  Just a bunch of texturing and weathering after setting the basic bland color scheme.

Now back to little things... or some are little,  at least one more nerf in the lineup (covenant inspired).   The rifle is a fun toy with some decent power to it.  Don't aim at heads, and you should probably wear safety goggles anyway.  =)

Ive loved the design of the Comanche since I was a kid and so bought it a couple months ago after watching ebay for about 1.5 years to get a decent price. This was painted to look like an anime or infinity styled sci-fi  chopper that sees action in the city.  And I often avoid painting the inside of a cockpit since I think it just distracts for the part of the model I care about.  Thus I painted the canopy to look like a fully immerse display where the pilot reads streams of data on the inner panels which tell him much more about his surroundings than his eye could... after years of interpretive training.   Sight carries a lot of information, but the human mind is highly adaptable and excellent.  Of course these "pilots" dont have great social lives outside of the nets.

This is a 48th scale chopper The rotor blades have a UAGDP or plasma sheath to reduce friction .  The Stinger missile is a close approximation scratched by me along with the fire.  The tail side stabs were also modifications based on some prototype RAH66 pics on the net. 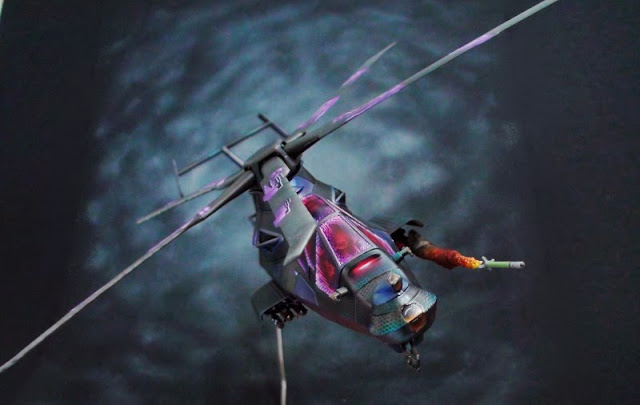 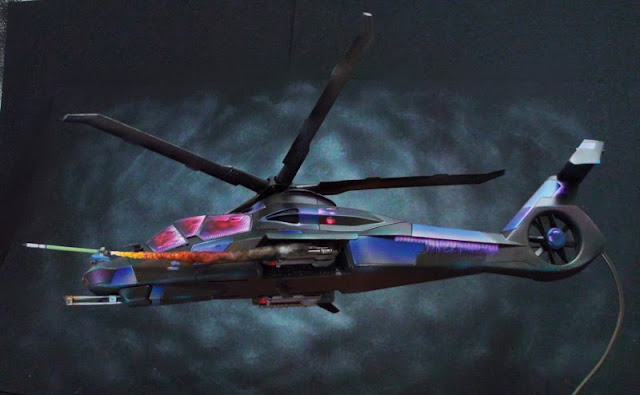 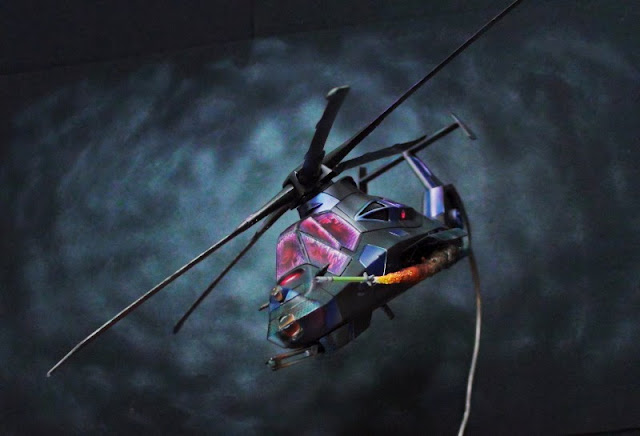 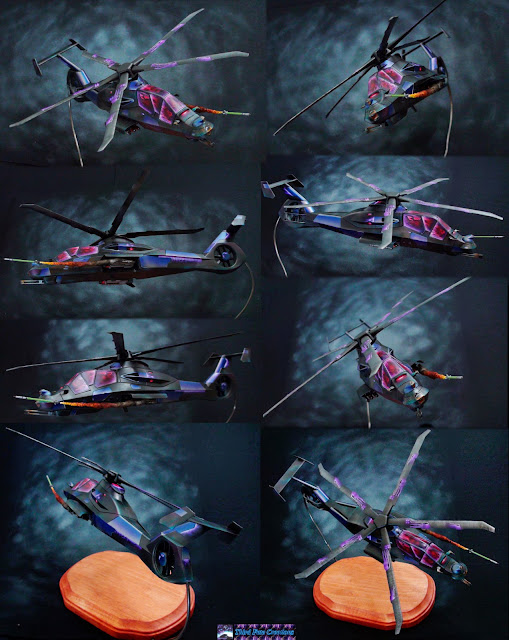