Ok Got some good pictures of this guy.   I used the troops from ClearHorizon miniatures I painted a while back because while roughly 1:144 scale (15mm... dont start a scale debate please) vs this REX which is 1:100 scale, they do a good job of establishing scale.  Also the figures that came with REX were about the same size as Harolds Hell Divers from ClearHorizon

Anyway. This was an awesome model I fell in love with when I saw it online.  Happy birthday to me!=)   After assembly I noticed all pictures of it were so static, which seemed sad since it was an incredibly detailed and articulate mech.  So  I thought rather than showing flashy shields or extremely powerful weapons firing, I would demonstrate how this instills terror with its shear power by showing it running.  I think I conveyed the effect almost as well as I envisioned.  Pinning this was... fun.  One problem with lots of articulation is it wants to move.  So I had to put 2 pins through the major joints to lock orientation with sufficient structural support.

The model was painted based on some random dino pictures I found online and I then just made up the base because I was lazy and dont really care much for basing.  So I painted something quickly to convey scale without eating more than a couple hours.  Happy painting!  Now... where the heck will he fit on my shelves....Better answer it soon because I have a big commission coming up that is going to totally eat my WIP shelf space. 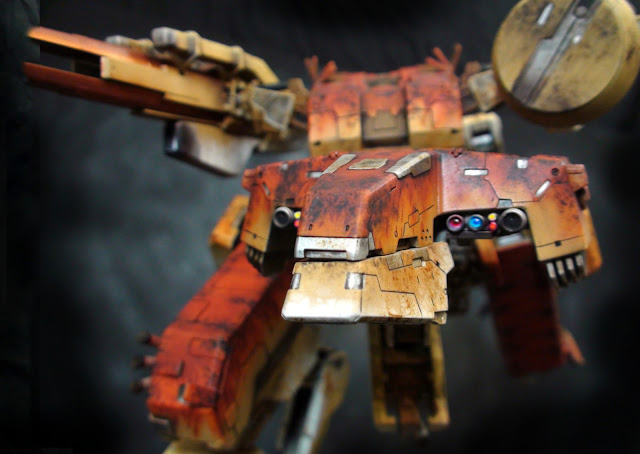 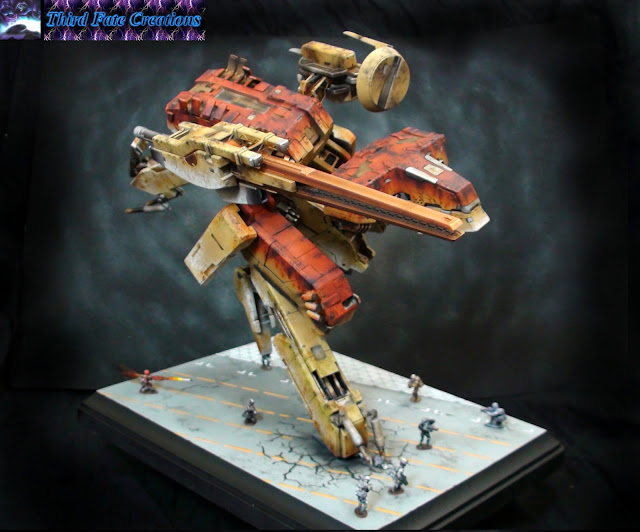 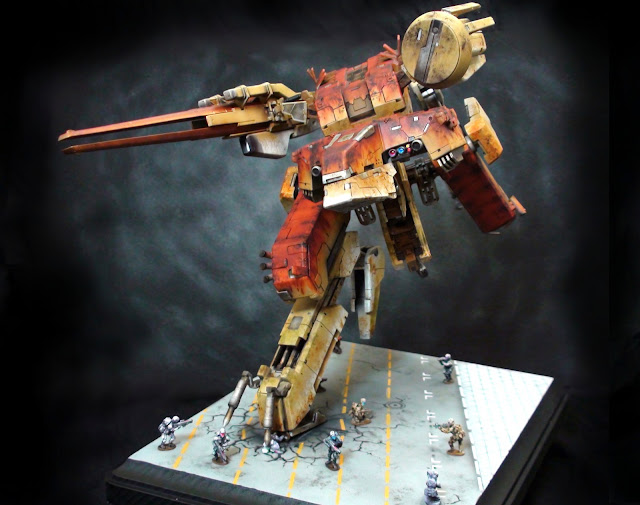 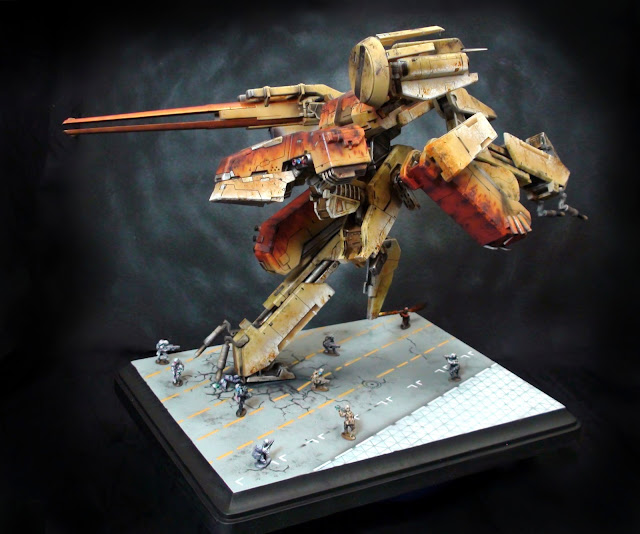 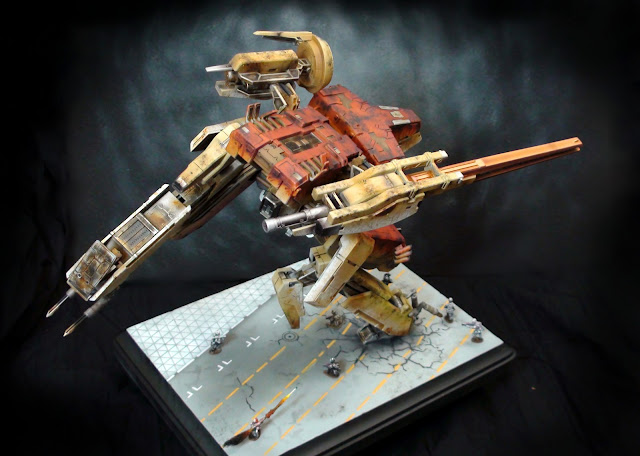 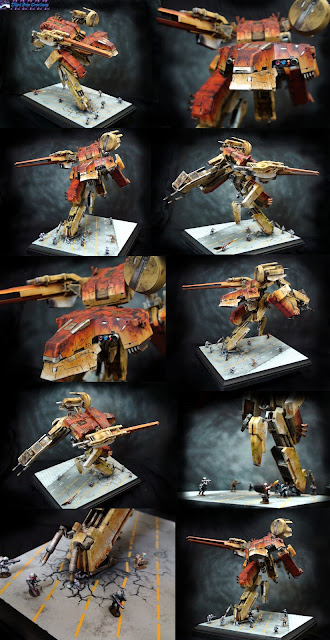