Finished a Puppets War Taurus Exterminator.  I saw dwartist had started one of these a few months ago and had to give it a go.  Some in the forums complained about its blockiness but I thought for an APC It had just the right flair of futuristic sci-fi with a reasonable armor level.  I decided to give it what I considered to be a twilight or dusk timed city camo as it will see a lot of action during night and transition times when human eyes are the most useless while the APC optics suite is second to none.   This guy will likely see action in my UFO or my cyberpunk games.   I also have the unarmed brother, but have only base coated it and will sit on it for a while to figure out how to do it justice on my sci-fi tables.
The Stencil used for the hexacamo is from anarchy models.    Be careful and take your time.  There are many wrong ways to use stencils like these. It took a few minutes to figure out the best way to integrate these into my painting procedures. They are great for beginners and intermediate but the more advanced will find you still need your freehand stencils in conjunction to make life sane and simpler.  I highly recommend sharp blades and sharp tweezers (and magnifiers for those of us whose poor abused Mk1 optics are becoming chronologically challenged) 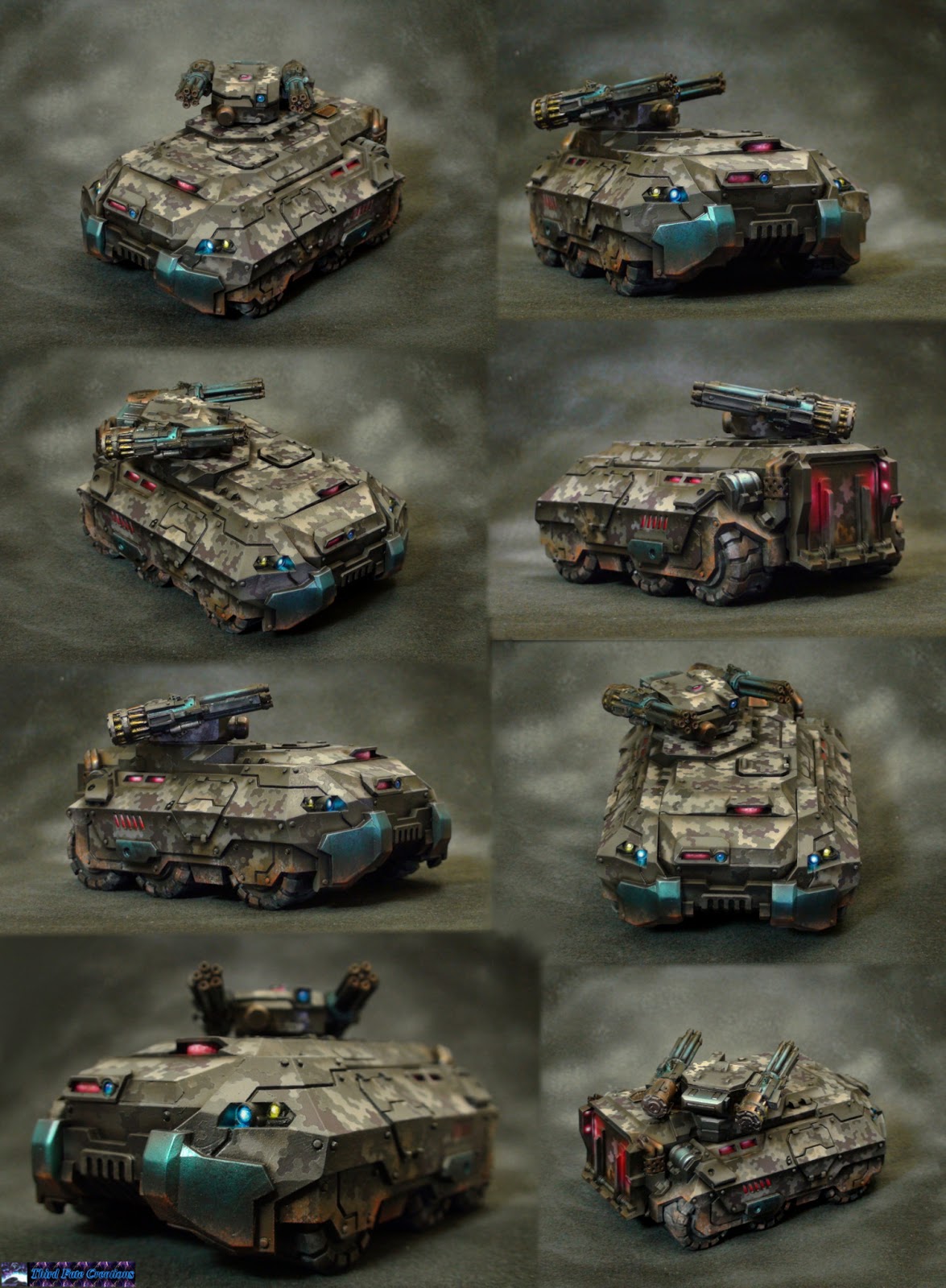 Now...On to some rather enormous eldar craft!