Phantoms haunting the nightmares of chaos

Because I just cant take their pointy rears that seriously.   Though I do respect them more than the blue boys.   Still, they die so nicely when introduced to mono-filaments or micro singularities.  This is the first round of pictures, a few closups after Ive had some sleep.

First the Sword wielding phantom titan.  having just sliced open a land raider like a can of soup it braces to send another poor victim into oblivion.

And second a Phantom getting rather tired of the pointy's attempts at air superiority, it decides to release a micro-singularity into the beak of the flying pest, and scatter its remains with a healthy dose of missiles. Give a hunk of steel wings and a dragon head, it still is just as predictable as a hunk of pointy steel flying through the air.  Even space marine targeting computers could plot that firing solution. 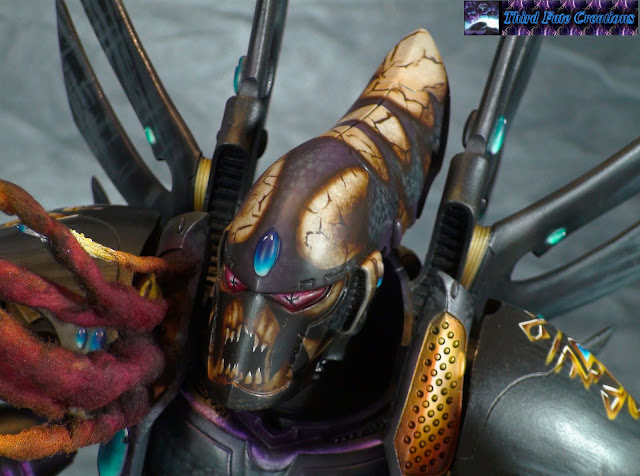 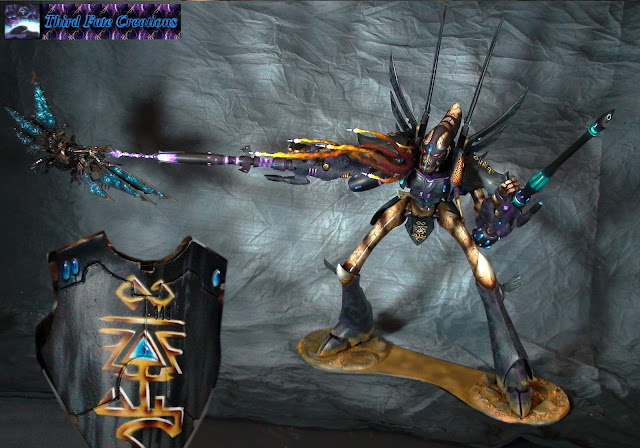 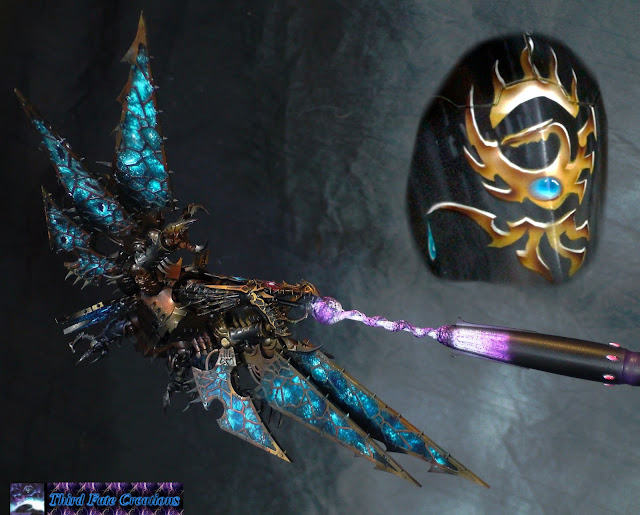 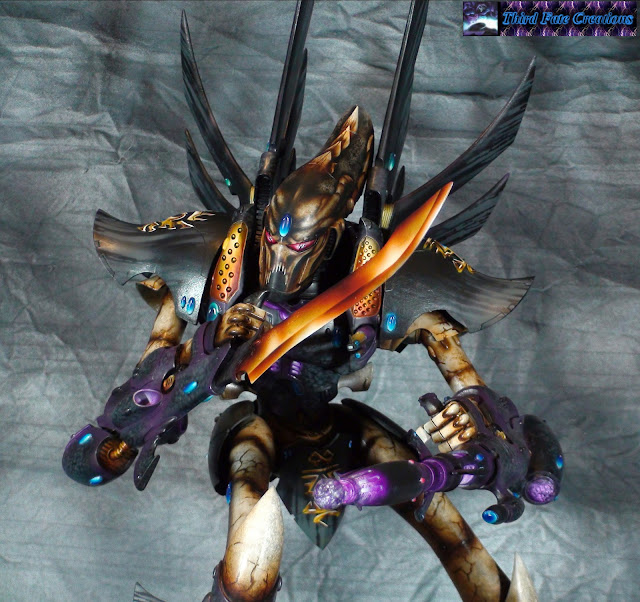 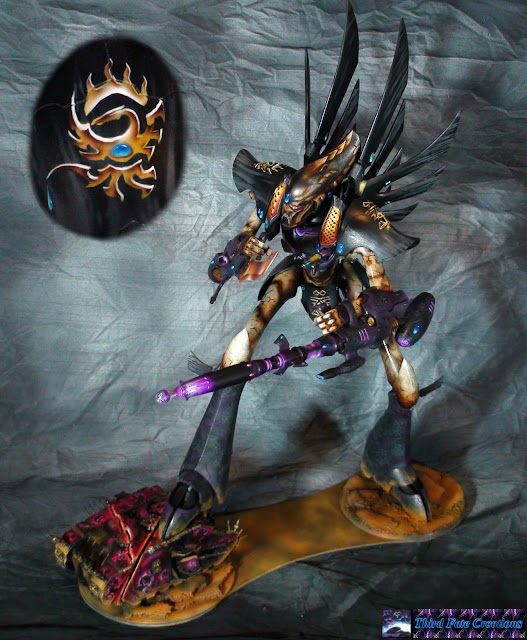