When I was contacted for this comission I was given a guide of red-yellow-green on the armor and blue-gray on the  fleshy areas.  How exactly was left to me as well as nearly everything else.  The basic mental image he gave was a nid that adapted to pandora and so was very colorful as the other creatures in Avatar.

After thinking on it, and his willingness to indulge my disdain for space marines, I decided to have some sacrificial marines for this big guy.  But he didn't like me impaling a few of them on the face tusks, so thinking more on it I realized, this is pandora....  "it will chew you up and spit you out"  and for the most part a squad of marines shouldn't even be a speed bump for a Heirophant.   And so I realized I wanted several of the marines to get gored by the Titan,  several more dissolving from splash of its corrosive cannons, or the ambient plume around the Heirophant, a few more getting very friendly with the local flora, and one who.. tripped    Ooops.

And to make it disassemble, the tail separates midway up with a magnet and two brass rods to guide and stabilize the body. 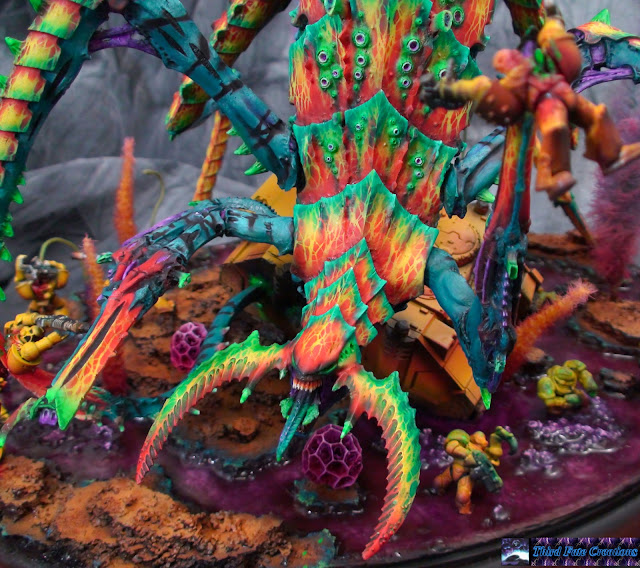 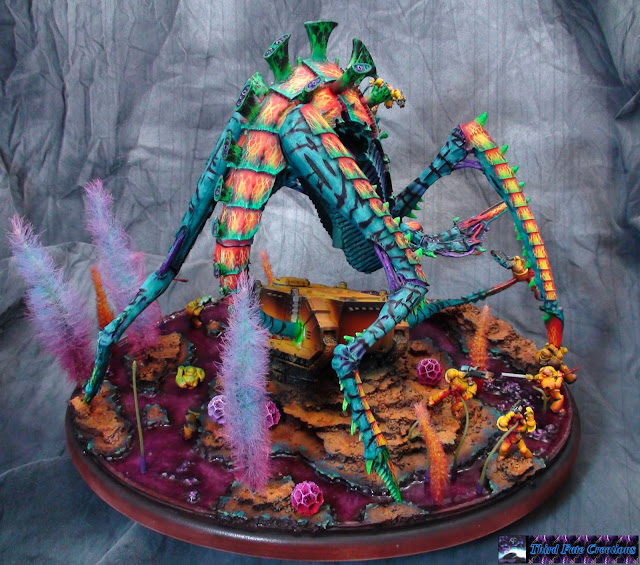