Here is a nice little comission for a victory class star destroyer.
The client wanted the towers on the bridge to be both fore facing so I did a minor remodel of the bridge section with a bit of green stuff.  If he is interested in another commission for two more I may end up doing more complicated remodel of at least another VSD.

This one is the RNS Relentless complete with a compliment of Ties.

The client wanted a custom logo of the imperial gear on top of the red and yellow emblem of the old Venator star destroyers.  The "command stripes" are likewise honoring the predecessor ships.  I generated custom decals for the ship designation and registry as well as the roundellas.

Now I need to figure out the xwings which are a trick, even more so than the ties, since the fighters are about the size of the airbrush nozzle head. 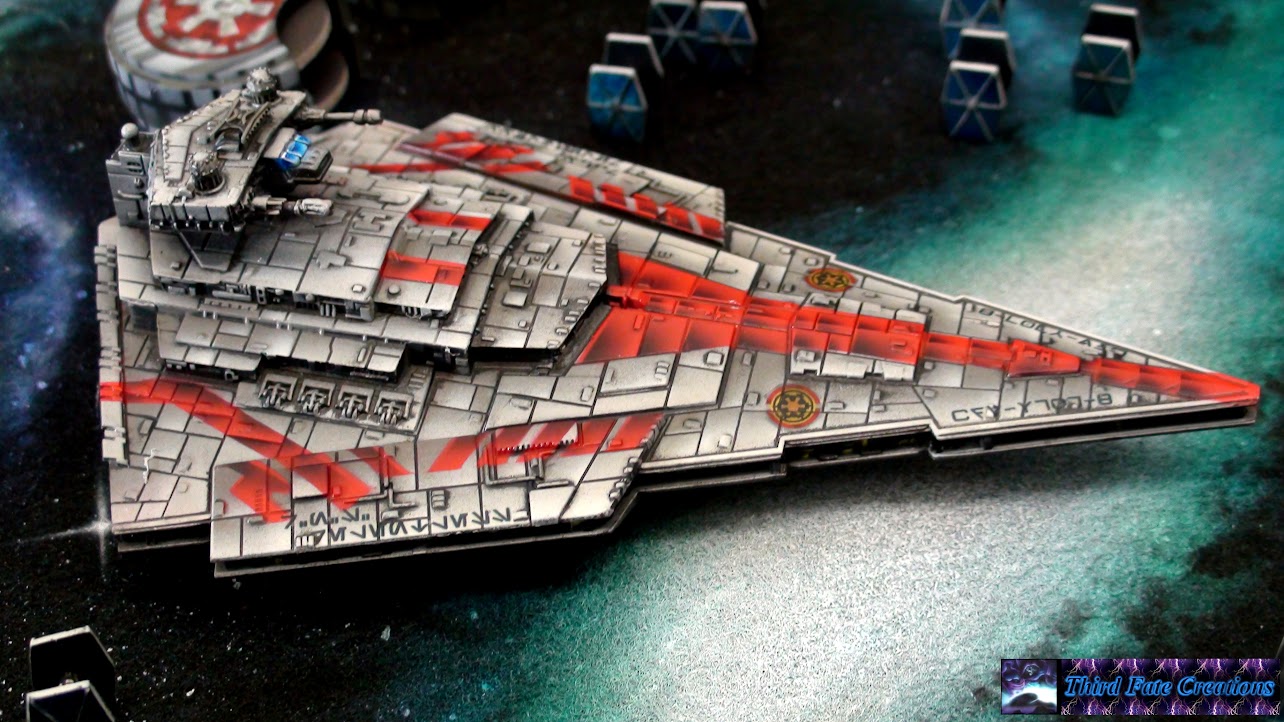 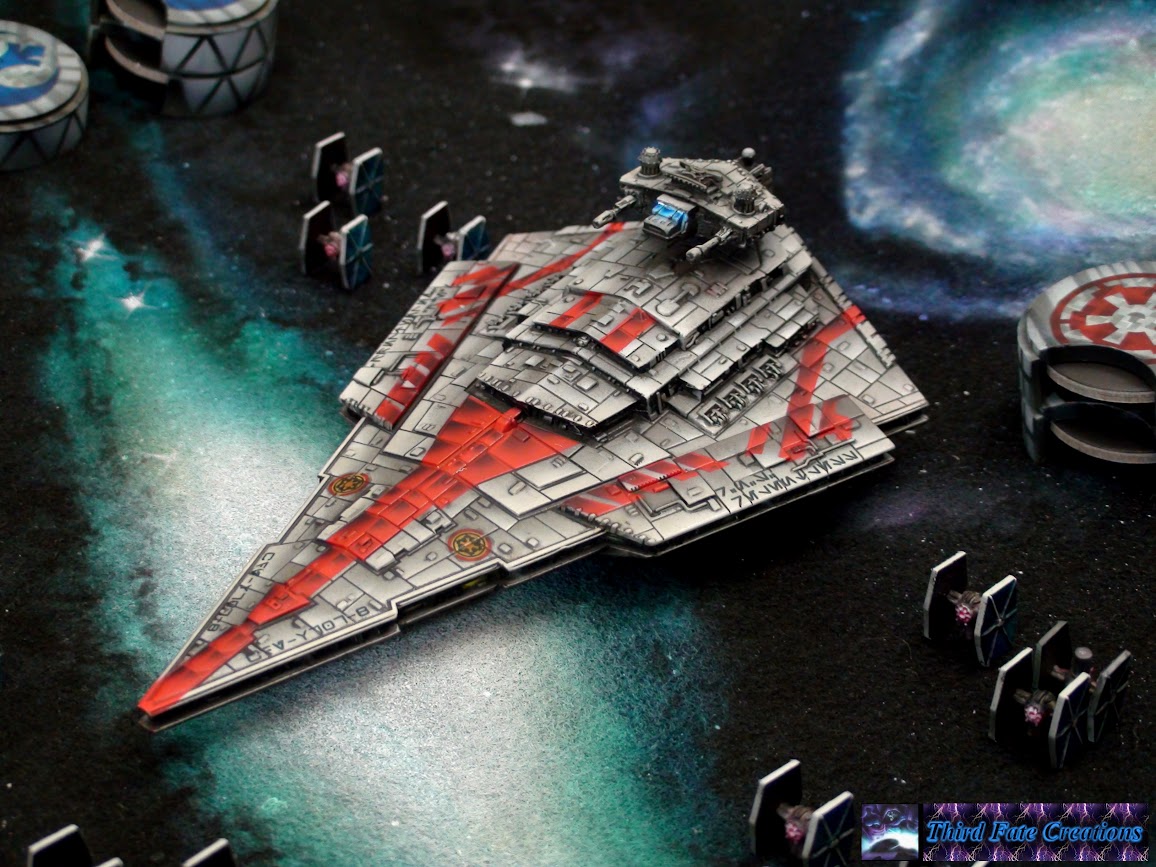 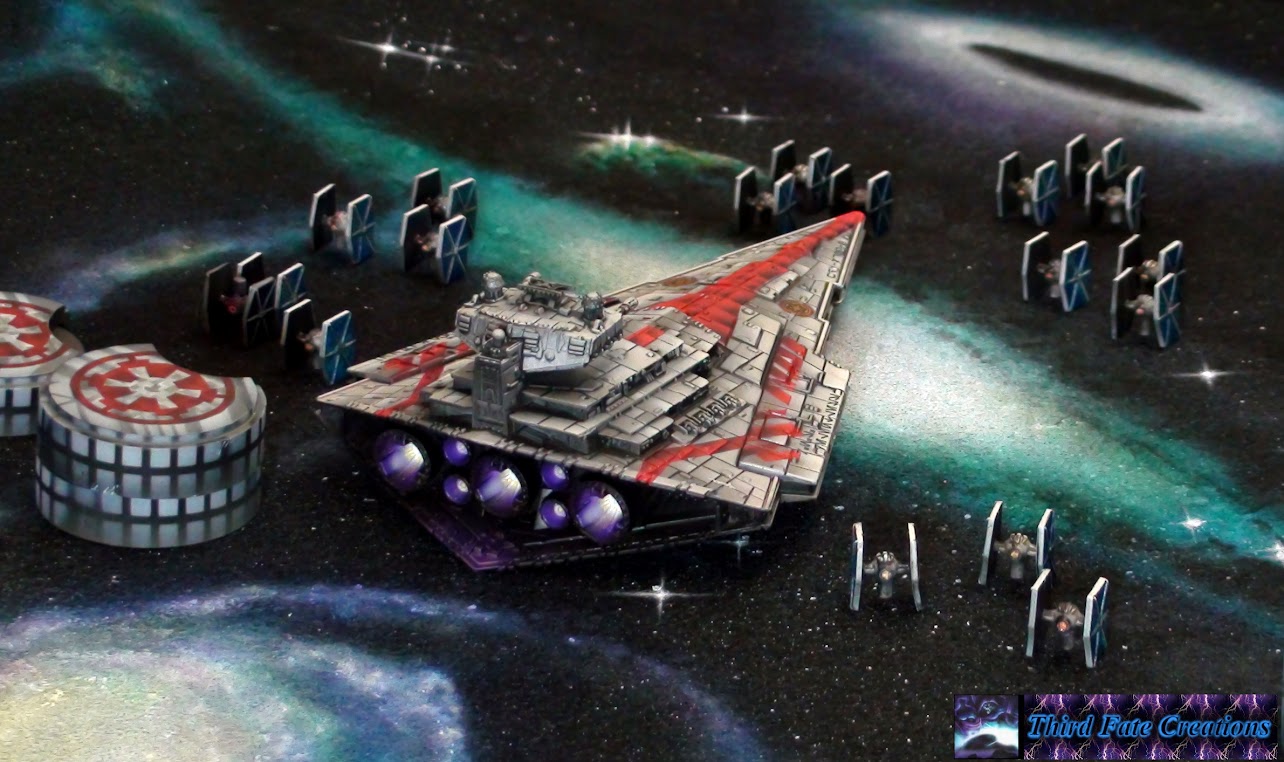 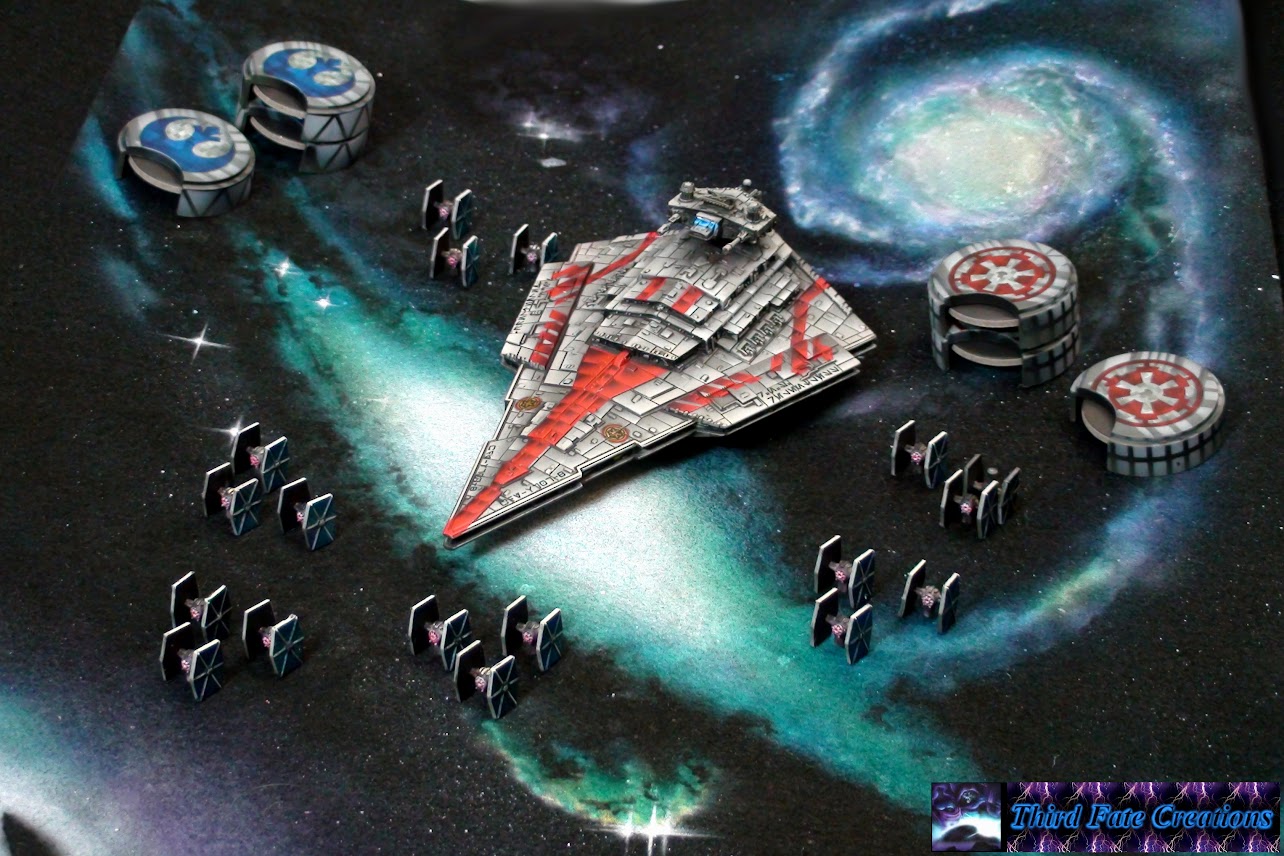