as a blast from the past (digging up and sorting photos) Im posting some photos every now and again that predate this blog.  These were from an effort of mine a few years back when I was annoyed at how little diversity there was in sci-fi vehicles for 28mm scale models.  only a few existed and even after this it seems there is little imagination out there. People are generally too afriad to try to imagine an interesting future that doesnt reak of homogeneity. so with these vehicles, I started from a basic concept (SUV, reclining car,  highly fragile roadster,  etc) and let it evolve independent of style of the other vehicles in the series.   Kind of going back to when cadellac dared to be a little different... but now sadly nearly all sedans look very similar.   Homogeneaity stinks.

ITS THE FUTURE, DARE TO IMAGINE. 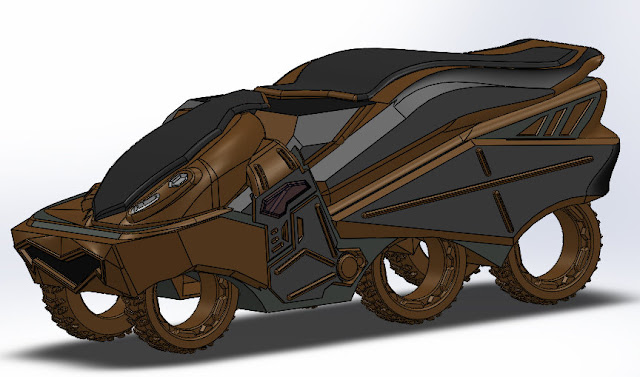 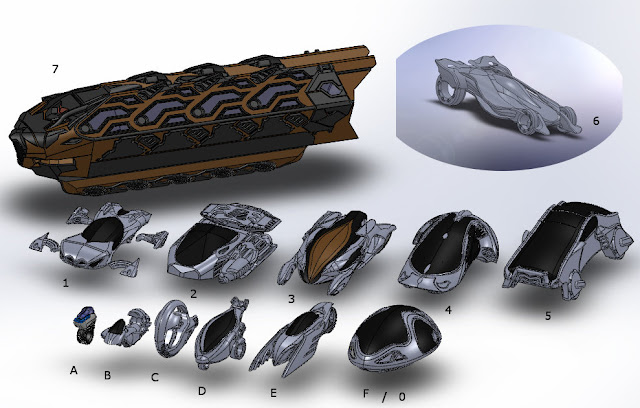 Later Ill show painted versions and my cityscape tabletops with them on the board. It was colorful!
Posted by atropos907 at 8:00 PM