As part of my Diesel/Steam punk force buildup (slow build up)
The scorpion giant walker is done enough... for now.
The model was some cheap resin thing found at a store that had a good start. I added some turrets to her tail to protect them from straffing runs,  a few turrets on her back for the same, and a main quad cannon on her back facing forward.  Her tail was also augmented with an autoloading autocannon with shells almost as big as a man, for the scale.  I also broke the legs free as well as the arms and repinned them and glued them in  slightly different positions.  The legs are not strong enough to support the massive block of resin so I took 3 brass tubes and stuck them into her belly to hold him up on a tripod.

For tabletop purposes the little turrets are flak cannons or point defense.  The main quad cannon is forward facing only and land targets only. The tail cannon is land or air but packs enough of a punch to keep enemy airships at high altitude.  Yet the armor is tough enough that most of what an airship can carry cant penetrate its carapace.

Itll take some heavy high altitude firepower to lay this monstrosity onto her belly for good. 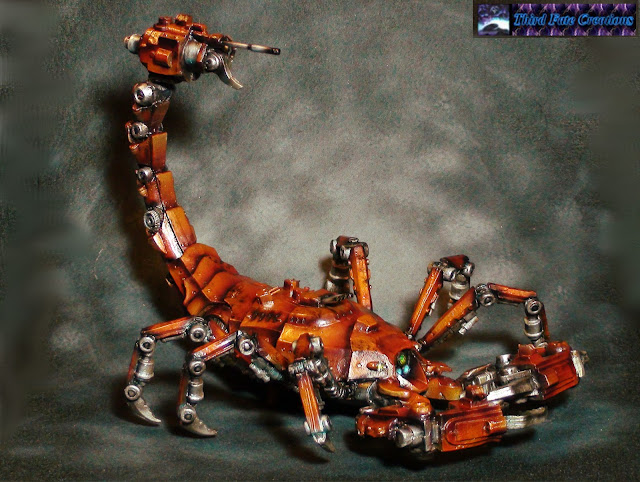 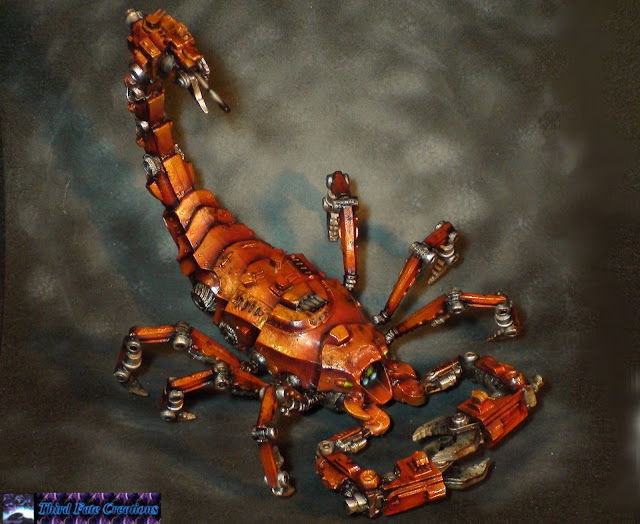