The Airship Blockade Runner Type Corvette Known Only as 343.

This captured naval blockade running strike bomber was somehow captured by pirates.  No one knows how but they couldn't have asked for a meaner little corvette.  Not mounting much for long range weapons the 343 typically is escorted by fighters as it charges through pickets.  It wastes no "fuel efficiency" on sails instead relying on a relatively enormous prop to propel this heavily armored ship through enemy lines, and sometimes right through enemy sails using its lateral sail cutters to shred its enemies ability to give chase.   6ea 70 caliber cannons under the nose allow it to chew through most ships in its path or strafe a path of destruction on enemy fortifications. It has two dorsal flak cannons to ward off fighters and can carry an explosive bomb so powerful many in an alternate time line would think it is a mini nuke. While the only official name appears to be the 343,  rumor in the pirate community is the crew often refer to it as the penetration.

Though fast it is not nimble and any strike is typically a single pass.  No one knows why the 343 was taken though some suspect it is now used to run contraband knowing few forces are likely to spot this small sleek ship in time and no reasonably sized patrol can prevent its passing.  The captain known for his vulgar signal flag messages fails to disappoint and may be making some reference to the unofficial name and function of this airship. 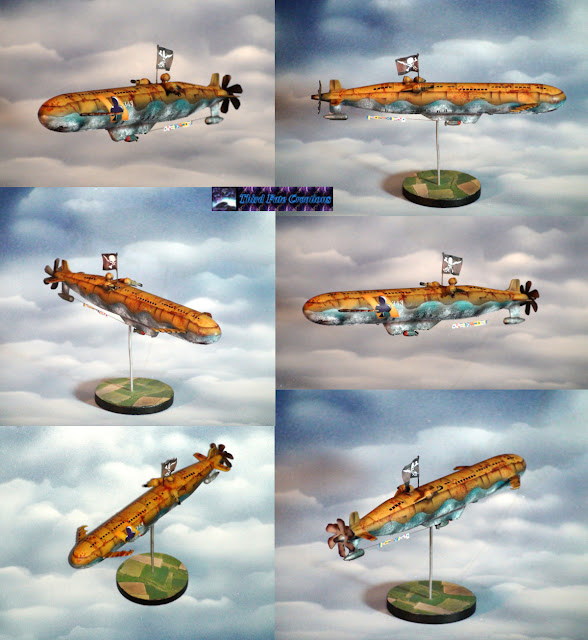