A puppetswar enforcer Mech.  I had quite a variety of mix and match weapons to put on this guy but in the end I thought as an "enforcer" a set of hands and electron flux cannons were the way to go for crowd suppression and riot control.   The electron flux cannons are also very effective in slug fests with other mechs or cyborgs without risking enormous collateral damage.  The big corporations don't take kindly to handling lawsuits that could easily have been avoided.

I decided to airbrush this guy fairly simply as he had so much armor detail the other ideas in my head would have disappeared among the armor plates. 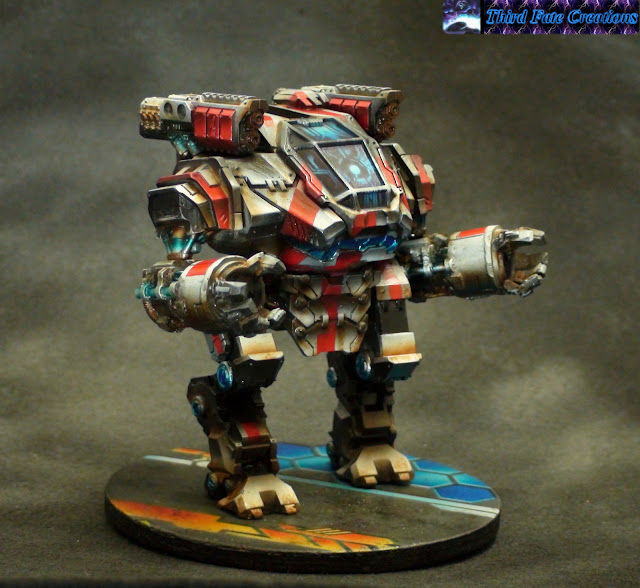 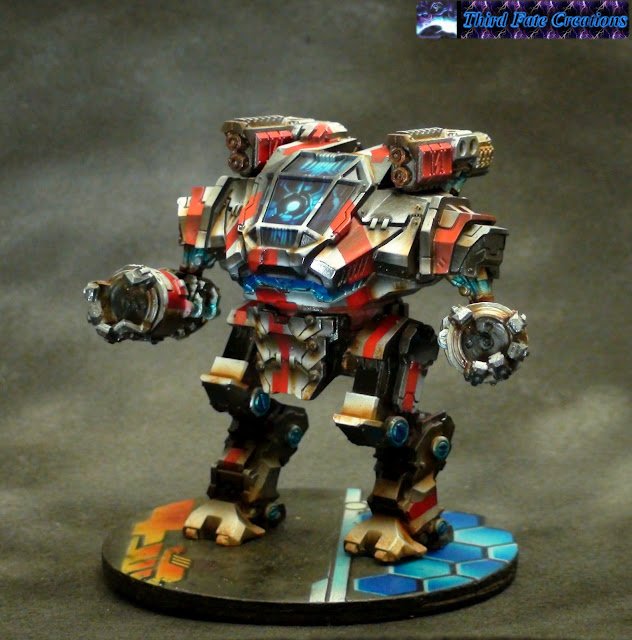 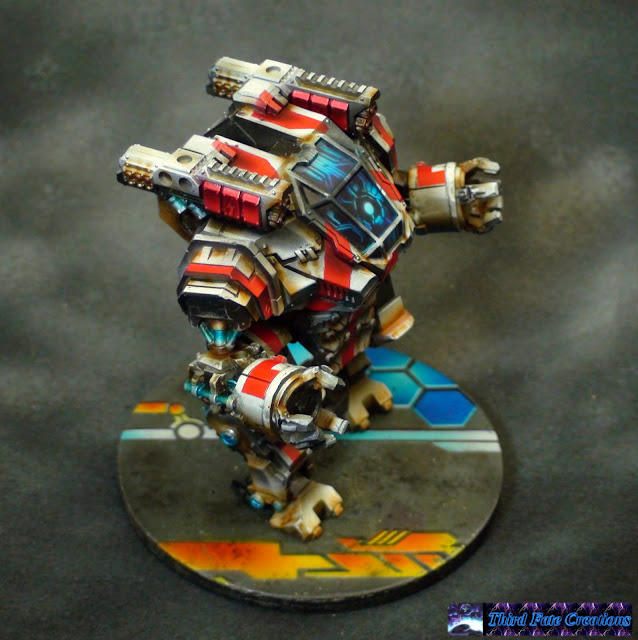 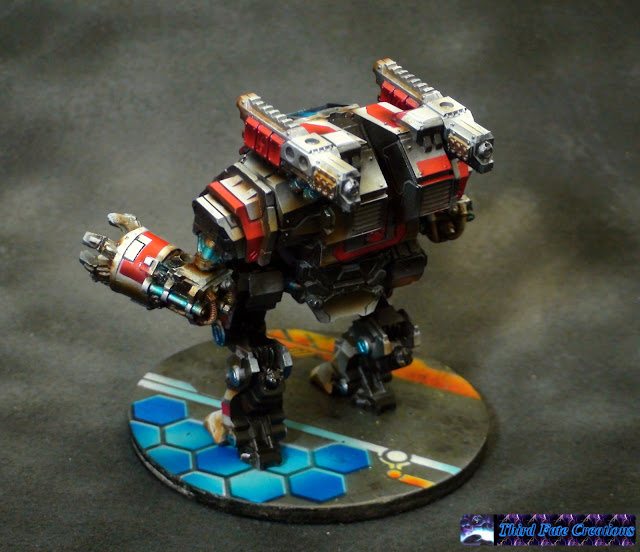