Finished the crawler, though Itll be a few days before I get a good pic of it. Im leaving it shiny and so it takes a concerted effort to get non-glaring photos of such a mech.  But its beautiful shiny in person. Also finishing up the commanche RAH 66.  Adding a missile and basing it.

But as for the 3d models here is a picture of my abosolute favorite of the set (finished about a year ago). the Viper sport.  I only ever 3d printed 1 and was so in love I painted it rather than trying to recast it.  Besides, recasting this sucker would have been a pain.   Ive tweaked the design to make it a 4part model or so for casting but I dont see enough of a need to have more.  This one too was so shiny it took a while to figure out how to get a good picture.  You still cant quite see the iridescent effect of the deep teal green on the fuel-cell fenders. I know many people cant take my style of painting,   Im sorry. but only slightly =)  Camo is moderately easy,  this is hard and awesome!  The central area is supposed to be a glass material with a very busy HUD cockpit.  The wheels glow just because its cool and they felt left out otherwise. 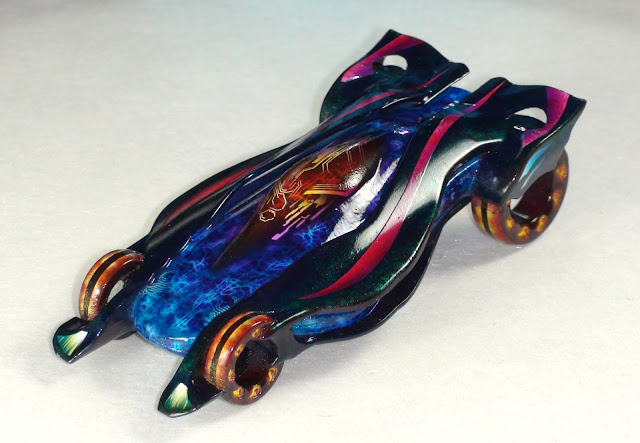 And an early picture that had several of my cars painted up as high-tech as I could get them.  As with everything else in the line shiny organic and very busy.   Notice the switch blade bike (lower left) has a nice reflection of the dusk horizon on the cockpit. 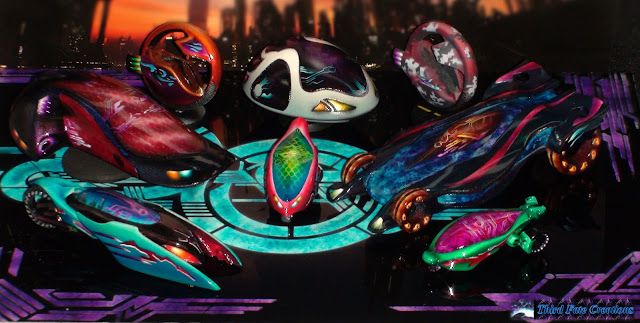 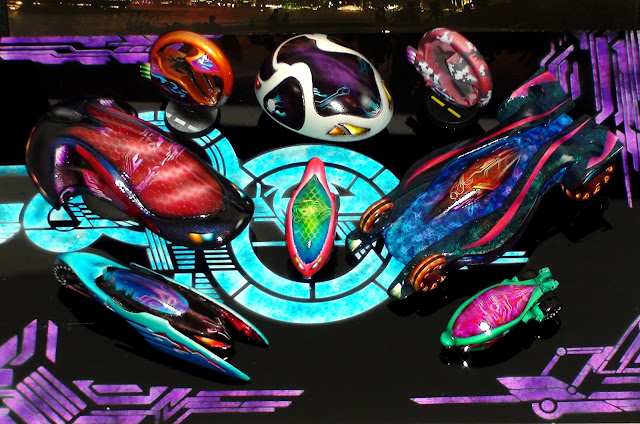 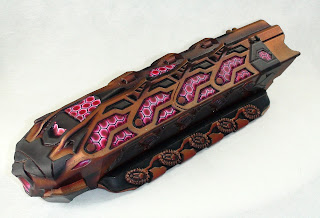 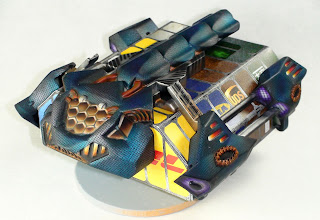 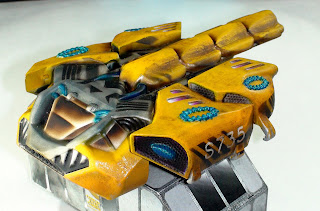 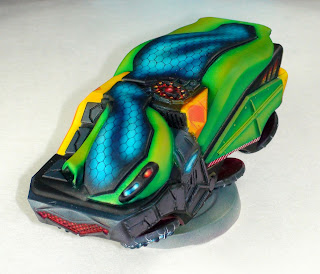 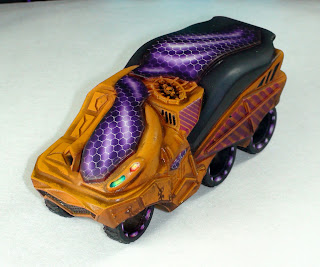 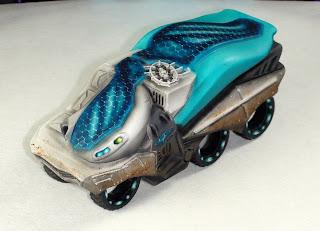 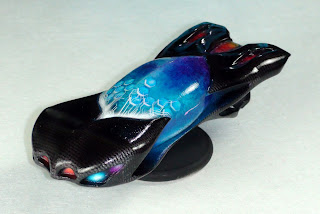 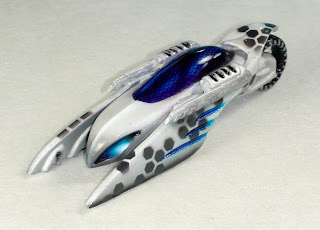 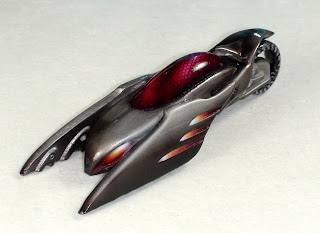 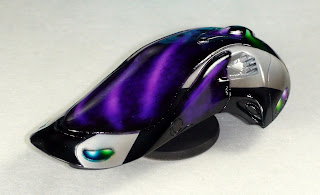 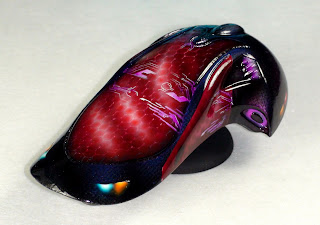 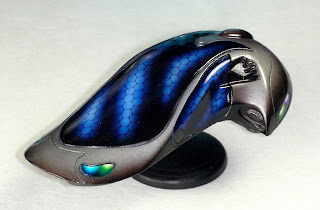 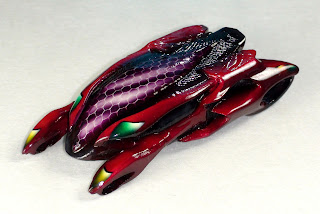 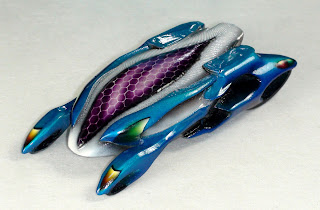 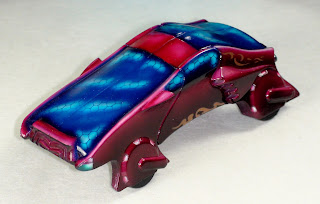 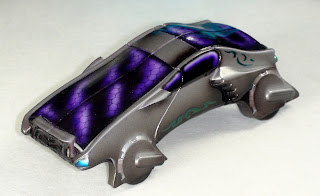 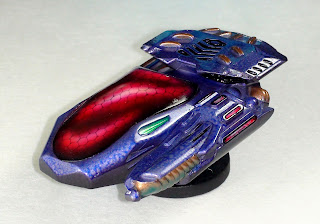 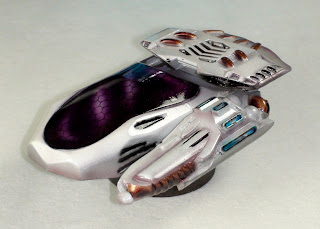 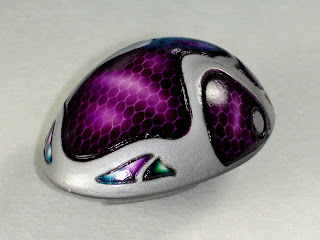 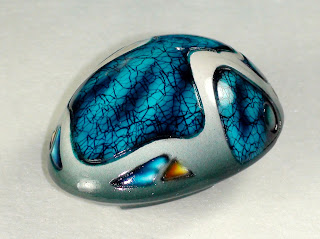 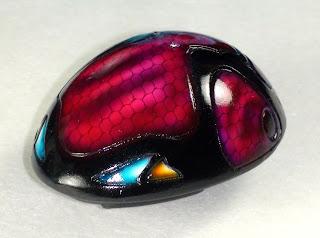 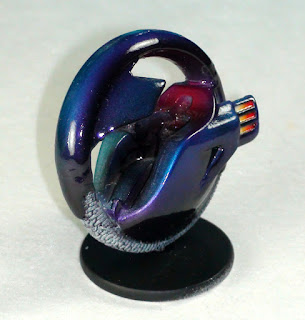