I figured since the XV9 I painted a year ago had nice shields I needed a suit that was giving a beating rather than taking it, and the XV107 seemed like the perfect canvas.  One of its pulse cannons is fully charged on the verge of firing and the other just fired.  The model is aimed up a bit as it is just at the base of a hill it is retaking.  The corpses of some tau and marines can be seen in the murky tar pit below as well as a dead drone and the shield of a battlesuit.  Lighting is achieved by choosing the absolute whitest paint, and then a careful combination of flourescent paints and UV lighting.

This picture is too low res to see but the entire armor is textured with hexagons as the largest textures and others on a smaller scale.  You can see a hint of them in the reflective tau emblem on the chest, but nearly every gradient seen is actually a graded pattern.  It looks quite nice up close but it washes out a foot or so away.   The Missiles are just green stuff and cotton as usual.  The plasma is acrylic and water effects.  The cannons were modified so that the muzzle looks different for a fully charged vs a firing state. I almost added OSL from the cannons but felt the model was getting too busy. 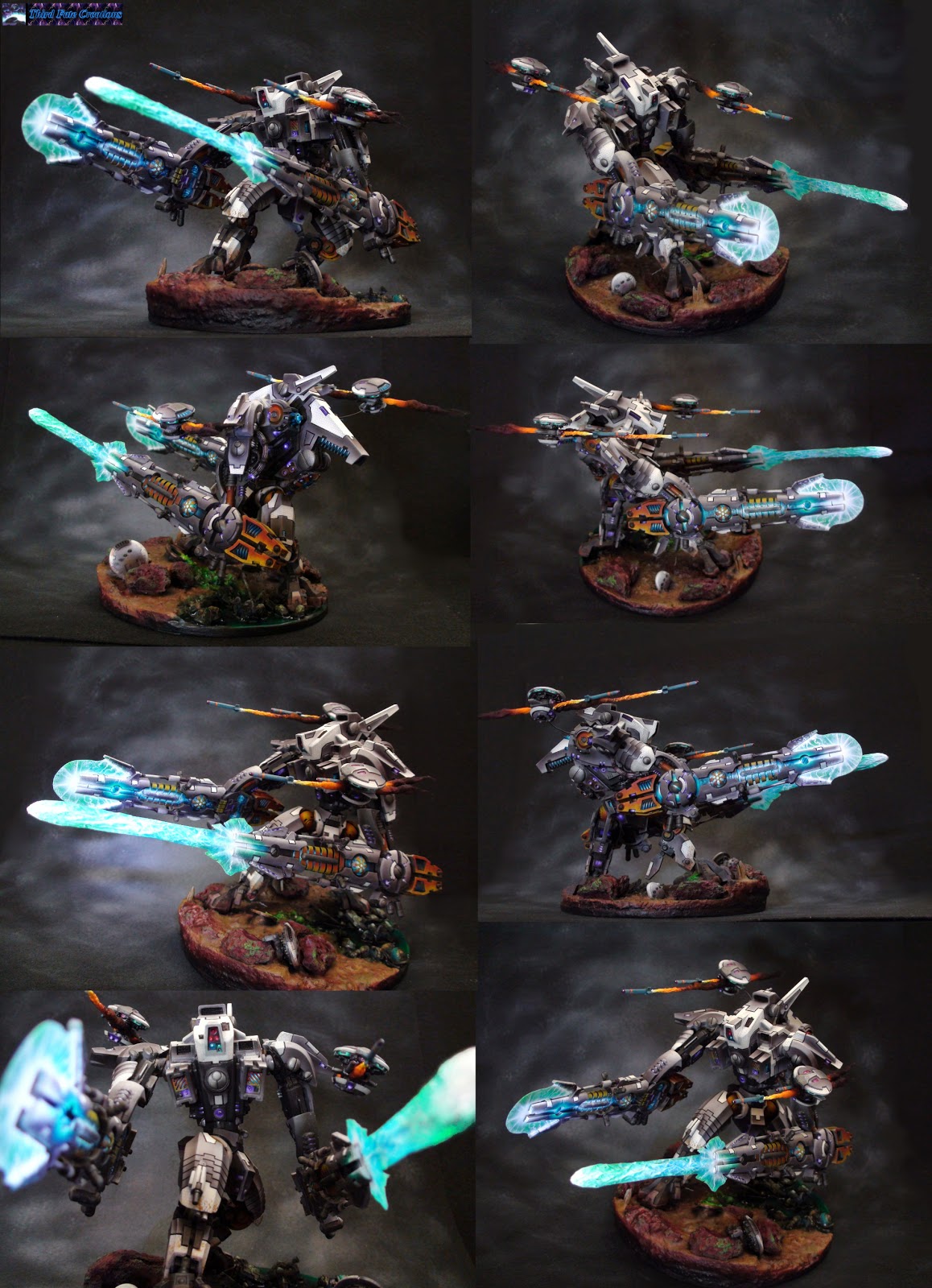