Finished a commission for a wraith knight. The main goal was to be similar to my early wraith lord many years ago.   But trying for more dynamic he wanted something with the sword, so I went for skidding to a halt while swiping a missile out of the air. 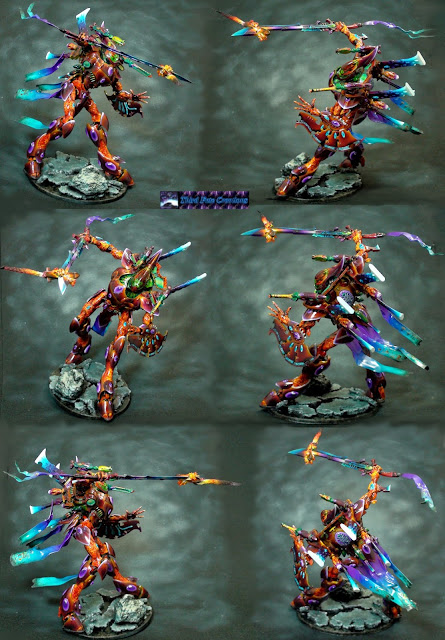 Some people put too much effort into their video games.  After looking around at a bunch of options for rifle stocks for the Oculus I was most irritated at how.. absurd most of them appeared.  They looked like they were designed by someone who hadn't held even a nerf gun and thought realism is having two vertical handles or, some strange angle, useful for little more than liberal spraying from the hip.   But I liked the magnetic coupling of the Mamut VR stock.
Its a bit on the pricey side especially when the main utility is the magnetic mounts, but I also didn't feel like reinventing the wheel when so many raved about how well the magnetic retention worked.   After receiving the kit I assembled it as per the videos and pictures... and was as dissapointed in the ergonomics as I expected to be.   So I went about gather scrap materials and fixing it.

First I hate carbon fiber as it can leave some nasty splinters if you cut it or rub an edge that was not well cut and cleaned.  However, im not entirely convinced the tubes for this are full carbon fiber.  I think they are cosmetic over fiberglass.  Regardless reforming composites isn't as easy as reforming  metal so I used some aluminum tubing from a broken folding chair,  a vice, pliars, and a propane torch to reshape the tubing.   Allowing clearance for the controller and hand.  the primary tube was formed to allow the foregrip to hold the hand guard inline with the "barrel".  The rear touch controller is held to line up with the rear grip and stay on axis of the "rifle" such that a "finger off the trigger" points forward along the axis.   My first go around failed to capture the obvious reason why the buttstock on the VR setups is offset down or to the side, so you can look down the iron sights in VR without smashing your goggles on the stock.  That fixed I also screwed an airsoft magpul knockoff pad onto the tube.  Finally attach a bit of paracord as an afterthought for a single point sling as I found in VR it can be difficult when you need to sling the stock, but cant actually set it down because both controllers are occupying your hands.

After a few hours of play, this feels so much more natural and ergonomic.  No longer do I feel I am using a "spray from the hip" stock from some strange movie but something that actually mimics expected ergonomics.  The rifle in the picture is a KWA m4 GB BR.

Now in a few days I should post another comission I finished for a Wraithknight painted similar to my original wraithlord. 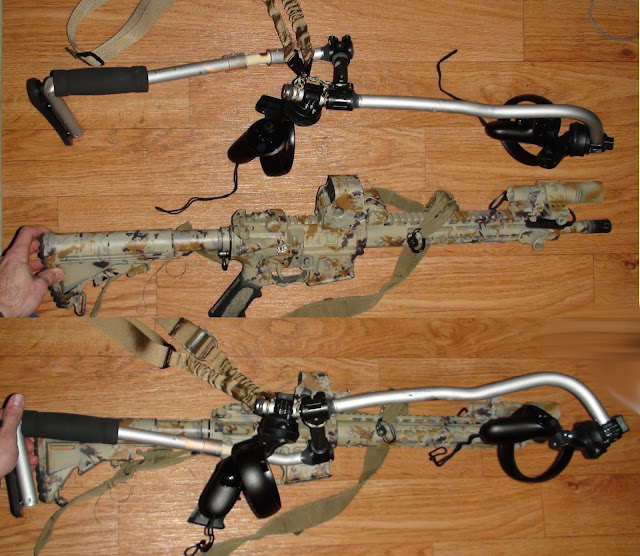